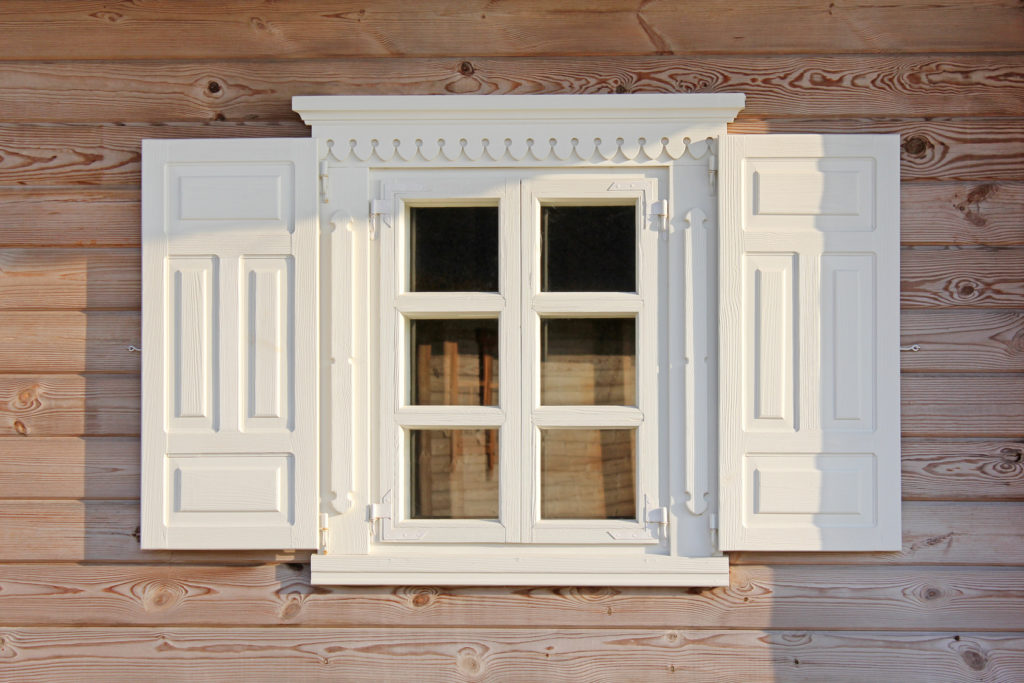 In addition to giving the house a more “complete” look, adding shutters to the windows of your home can give a big boost to its overall curb appeal. It’s also an easy and cost-effective way to improve the house’s appearance. But, as many experts in the home improvement field will tell you, you shouldn’t be automatically adding shutters to every window. Just as shutters can beautify a home, if done incorrectly, it can also be a decorative mess. There are important considerations and rules you should follow for successful shutter use.

The History of Window Shutters

Shutters have been used for hundreds of years. Long before there were screens on window openings, wooden shutters were the best way to keep out animals and insects, while protecting those inside from loud noises and precipitation. In later years, shutters were used to control the light, keep out the wind or to shade the room in extremely hot conditions, but slowly they became more decorative than functional. These days, shutters are typically made from wood, vinyl, or a composite material. Vinyl shutters are usually mounted flat against the side of the house. Louvered shutters, with horizontal slats, are the most common in the United States. Other styles include board & batten, common in country homes, and paneled shutters.

One rule of thumb for exterior window shutters is that they should at least look like they could work. Vinyl shutters already break this cardinal rule. Though many of today’s shutters are purely for decoration, they should be the proper size and shape for the window and hung in such a way that they could theoretically close over the entire window, even if they don’t. One of the biggest mistakes homeowners make is to just toss up a pair of window shutters with no regard as to their size or shape. When shutters are wrong for the window, such as adding narrow shutters to a wide picture window, the result is far worse than having no shutters at all. Savvy homeowners will even include faux shutter hardware such as scroll-shaped shutter dogs and hinges to provide the appearance of fully-functioning shutters. Add extra appeal to your windows with decorative window boxes and attractive floral arrangements! The containers can even match or be in contrast with the shutters.

When Shouldn’t You Use Window Shutters?

In accordance with the “make it look real” directive, you should never use shutters with picture windows, bay windows and any windows with non-conventional shapes. Shutters should always be hung in pairs. Windows that are curved on top should have shutters that are similarly curved, and make sure they’re hung the right way! Lindsay Daniel Architecture provides several examples of shutter do’s and don’ts. They emphasize that you should only use shutters on single windows, and that it’s perfectly OK (in fact, preferable) to not have shutters on every window. Life of an Architect has exterior shutter recommendations for Neo-Classical, Italian Renaissance, Greek Revival, and Tudor style homes, to preserve the home’s historical accuracy. The website also has examples of what they call “shudders” — a name that speaks for itself.

Shutters add a look of distinction to a home, and when you choose a color that complements the house color and perhaps even matches the trim, they can add tremendous curb appeal. But don’t just stop at the shutters. Although not completely visible from the outside, interior window treatments can be selected to coordinate and contrast with the exterior shutters for an inviting look. Dramatically sweeping curtains on the lower floors and shades or blinds on upper floors are just one possibility. When looking at different window dressings, consider luxurious valances, curtain ties, and other accessories that complement your décor. Smart and sophisticated window treatments make your home look warm and inviting, and are relatively easy and inexpensive to install.