Most Common Differences Between Bay and Bow Windows 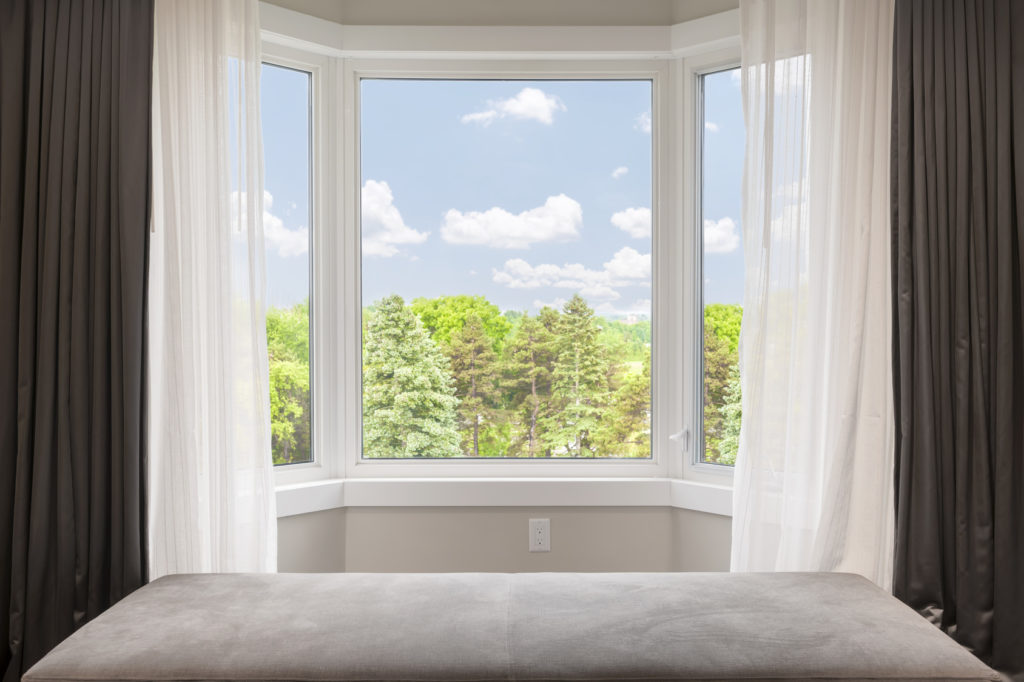 When it comes to using beautiful windows to enhance your architectural design, bay and bow windows often rank high on most homeowners’ list. There is a good reason for the obsession, too. Unlike other window solutions, bay and bow windows actually offer a unique dimension and style that make them an easy focal point for any home. Let’s break down the major differences between the two types of windows: bay vs bow windows.

One thing that makes bay and bow windows similar is that they are both three-dimensional. Designed to protrude geometrically and elegantly from your wall, bay and bow windows are famous for increasing the curb appeal on the outside as well as expanding the floor space from the inside. Besides this apparent similarity, bay and bow windows are actually very different. While both window solutions are attractive and valuable contributors in the resale value of your home, choosing one over the other is not only a matter of aesthetic preference, but also budget.

First made its appearance around the medieval time and later made popular during the Victorian era, bay windows offer a look that consists of three windows that are assembled together in an angled arch shape. The middle window is always the largest, while the two angled windows on both sides (sometimes called flankers) are slightly smaller and constructed from the wall at a 30 or 40 degree angle.

Depending on your design, you can choose to make the side windows operable by using casement or double hung windows instead. The main window, however, will be fixed. It usually has a large glass area to offer you an unobstructed view to the outside world. According to Do It Yourself.com, “Bay windows are generally installed at angles of 90, 135 or 150 degrees from the house so will often protrude further than a bow window.” This is why homeowners with bay windows often install seats around the window area to transform the space into a personal nook.

Bow windows, on the other hand, are made of 4 to 6 windows of the same size. The windows are gradually curved, creating a round and graceful appearance to your exterior design. While this window solution offers a less generous outdoor view than bay windows, it tends to bring in more natural light and can be customized to include several operable openings to increase ventilation.

However, because bow windows require more windows and a higher level of construction, they are more expensive than bay windows. Whereas a typical bay window starts about $3,500, a bow window project starts at $5,000. As Angie’s List shares, a bow window installation can go as high as $12,000, depending on the size and complexity of the job.

Both bay windows and bow windows are beautiful window solutions. They liven up your interior and exterior design, while offering a panoramic view that can be especially enlightening after a day of hard work. For best experience, talk to your designer or contractor before starting the project.